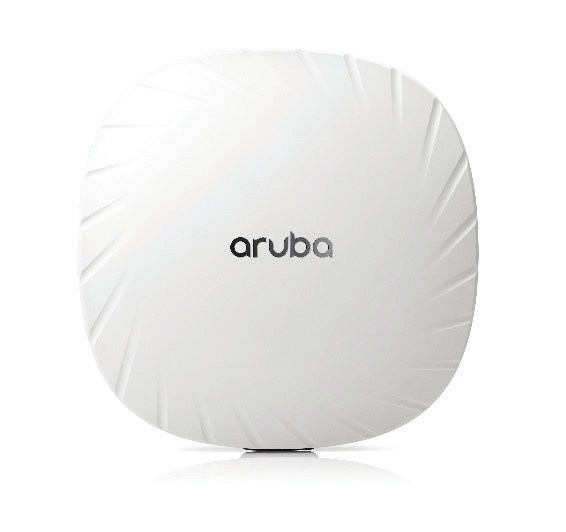 With the increasing number of mobile and IoT devices reliant on wireless access, networks must be capable of accommodating capacity needs and a diverse mixture of device types, applications and services.

The Aruba 550 Series campus access points with 802.11ax technology are designed to deliver very high performance and throughput in environments where mobile and IoT density is a growing concern. The 550 Series uses 802.11ax features to simultaneously serve multiple clients and prioritize different types of traffic to increase data rates for both individual applications and devices, and the overall network.

The 550 Series includes support for all mandatory and several optional 802.11ax features, which include up- and downlink OFDMA with up to 37 resource units, up- and downlink multi-user MIMO (MU-MIMO), 8x8 MIMO with up to eight spatial streams in the 5GHz band, and 4x4 MIMO with up to four spatial streams in 2.4GHz, channel bandwidths up to 160MHz (in 5GHz; 40MHz in 2.4GHz), and 1024-QAM modulation.

The 550 Series supports maximum data rates of 4.8Gbps in the 5GHz band and 1,150Mbps in the 2.4GHz band (for an aggregate peak data rate of 5.95Gbps). Each AP supports up to 1024 associated client devices per radio, making the high-end 802.11ax 550 Series APs ideal for extreme high-density environments, such as large public venues, higher education, hotels and enterprise offices.

In addition to 802.11ax standards, the 550 Series supports unique features such as Aruba ClientMatch radio management and additional radios for location services and IOT applications. With 4 times the capacity of 802.11ac APs and universal IoT connectivity, the 550 Series delivers an unsurpassed user experience for today's all-wireless digital environments.

In addition to the standard 802.11ax capabilities, with the optional tri-radio operating mode, the 5GHz radio is split up into two independent 4x4 MIMO radios with up to four spatial streams each. This enables even higher numbers of simultaneously connected client devices.

To optimize endpoint connections Aruba's ClientMatch technology will automatically detect and classify mobile devices with common characteristics, group these devices, and match them with the best AP's and radios to enhance the performance of the network. For example, all 802.11ax capable devices will be grouped onto available 11ax AP and radios, so that the performance benefits of Orthogonal Frequency Division Multiple Access (OFDMA) are maximized. This means increased network performance and a boost in network capacity.